During Sunday’s sermon I gave the opinion that church attendance could rise because of the economic challenges in America.   However, Ed Stetzer pointed out on his Twitter today that a new Gallup Poll indicates no change in church attendance over the last 15 months.

The article states – Despite suggestions that the economic recession might cause religiosity among Americans to increase, there has been no evident change over the past 15 months in either Americans’ self-reported church attendance or the importance of religion in their daily lives.

I still pray that Americans will turn to Christ during this economic challenge.  Despite early indications that this is not happening, prayer can change this trend.

Since we discussed the importance of hearing sermons, I was wondering what preachers are on your itunes?   I am guessing a lot of us listen to the same guys – but it’s always good to find a new voice.  Let me know your recommendations.

C.S. Lewis said, “We need to be reminded more than instructed.”  I agree – we become what we listen to.    Romans 10:17 informs us, “So then faith comes by hearing, and hearing by the word of God.”   So if you hear a sermon that doesn’t seem like new information, don’t tune out.  Repetition is producing a deep well of truth within you.   You become what you listen to.

What do you do to hear the right things?

What a great day we had with Kent Henry!   We had a great energy during our service Sunday morning.  God touched many lives as we prayed for one another.  I am hearing so many great testimonies from different individuals.

I believe Sunday was a mile marker day for our church in the spiritual realm.

If you were part of one of our services with Kent, I would love to hear your thoughts.

I know I am a little late in posting my thoughts from Friday’s speakers.  I went straight from the Forum to the airport, then didn’t have time until now to update Friday.

Craig Groeschel is the pastor of Lifechurch.tv.  He gave a great talk called “It.”   It was the second time I heard it, and I loved it both times.

Erwin McManus leads Mosaic in Los Angelas, which is one of the more innovative churches in our nation.   Erwin relies on honesty and great storytelling to give excellent talks.  I listen to his sermons most weeks on podcast, so it was good to hear him live. 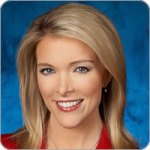 Megyn Kelley from Fox News did a great job defining leadership as speaking up for those with no voice.  To my surprise,  she spent a good portion of her speech using Bill O’Reilley as a positive example of someone who speaks up for the oppressed.  I could tell that Kelley’s admiration for O’Reilley was sincere and genuine.

Listening to TD Jakes in such a small setting felt very historic.   He really has become an icon.   I was glad to hear that his heart is focused on social justice. 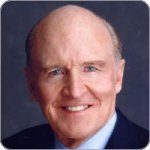 Bill Hybels flew in to Florida just to interview Jack Welch.   Jack had beeen on  the news quite a bit last week challenging the Obama administration to lead differently on the economy.   The fact that the Obama administration changed their tone shortly afterward proves what influence Jack Welch has in the business community.    Bill Hybels is a fantastic interviewer – I have heard him do so numerous times.

Day 2 was another amazing day of learning and inspiration at the National Leadership Forum.    Here was Thursday’s line up:

Bill George is the author of my favorite leadership book – True North.  George led the $60 billion company Medtronics.   It was good to hear him speak again.

I just read last month a book by Patrick Lencioni called The Five Dysfunctions of a Team.   As a father of four boys,  Lencioni took his consulting principals and applied him to the family lifeduring today’s talk.  It turns out the Lencioni deals with the same chaos  and struggles all young families work through.  His authentic presentation was humorous and endearing.

Tim Sanders gave my favorite talk so far.   Sanders is the former CEO of Yahoo!  He shared a timely talk on living a life of abundance instead of a scarcity.  It was a very mature explanation on why are attitude and perspective is the key to happiness during this difficult time in our nation.  Plus, it was great to hear from a fellow Texan!

Dave Ramsey is an inspiring leader that I have listened to since 1995 when he was only on 99.7 FM in Nashville.  His homespun advice delighted the crowd, as he taught on unity.  It was good to hear Dave teach a leadership lesson that didn’t focus on finances.   He is a talented and unique communicator.

This month is my easy, but best week for school at Southeastern University.   The school is putting on it’s National Leadership Forum with some amazing, world-class speakers.    Today we heard the following guys:

Mark Rutland:  President of Southeastern, and one of my favorite leaders.

Rutland spoke from the book of Esther about using influence when you don’t have position. 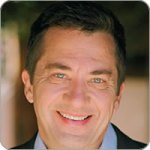 Cloud gave an excellent talk on integrity.  It was more than your typical explanation on integrity, but an in-depth analysis of how a lack of integrity trips up capable and connected leaders.

Matthew Barnett:  Pastor of The Dream Center in Los Angelas.

Matthew challenged us to give up the dream of being successful, and lose ourselves in the desire to touch the hurting.  A timely challenge to all!

You Can Go To Africa Today (or anywhere else)

Last week I was meeting with some leaders of an African advocacy group. In the course of the conversation, I was asked, “You’ve been to Africa, right?” Almost instinctively, I responded “oh, yeah”, but I quickly corrected myself. I have never been to Africa. I have been invited several times, but it has never been right for me.

So, why did I respond with a “yes” so quickly? I honestly felt I had gone. I realized then, that even though I have never physically been to Africa, I have gone. I have studied issues, asked questions, networked with like-hearted people, given money and stayed engaged on many of the issues. I haven’t gone physically, but I have been there. Do I need to physically go to Africa? I don’t know if I ever will. Yet, this continent has staggering needs that I don’t want to ignore during my time on earth.

You can go there too. You can go wherever you want.  Just ask questions, read, network, learn – engage.

Over the weekend, I had the privilege of speaking to a great group of college students as part of the Tennessee AG College Retreat. There were some extremely sharp students and leaders. Thanks for those of you who prayed for me.

On Sunday afternoon, it was a special moment to officiate the wedding ceremony for James Powers and Kathy Spaulding. This couple has been in our ministry for four yeas, and God has done a great work in their lives. I was especially touched by the efforts of other CIL members to make this a special day for Mr. & Mrs. Powers.

Pride & Prejudice had a great response from the community. I am amazed at the talent in the Lamplighters Theatre Company.  It was fun to see some old friends who were able to see the CIL building for the first time.