Iconic buildings do matter.   They are the culmination of culture, history, story, faith, and love.  They are a connecting point for a disjointed society.

Human beings reflect the image of God in many ways, including our creativity and skill in building beautiful structures.

A centuries-old building lost in an evening brings a sadness we cannot quite reconcile, so we grieve for the Notre-Dame Cathedral.

A couple of sermons ago, I talked about the International Space Station as an illustration. I forgot to include this thought-provoking quote that impacted me:
“Few of us give a thought to the International Space Station, even though, when the future measures our collective contribution to humanity, the ISS will prove the single best thing we did. Less than a century after the Model T was state of the art, we manufactured a kind of galleon in space and have sent men and women from 10 countries to live in it, along with a host of short-term visitors, without recess or mutiny or fatality, for nearly 20 years.” -Chris Jones, Wired Magazine.

The evangelical church has gone through several phases since the Super Bowl started taking place right in the middle of the traditional Sunday night service.

Phase 1 (1980s): You are a bad Christian if you even think about skipping Sunday night service to watch the Super Bowl.

Phase 2 (early 1990s): We will all watch the Super Bowl at the church. This will include a potluck, youth fundraiser, and technical difficulties.

Phase 3 (late 1990s): Watch the Super Bowl with a group from the church, but you have to turn it off and do a devotional at half time.

Phase 4a (late 2000s): Watch the Super Bowl at home, but don’t enjoy it too much. Don’t get used to skipping church!

Phase 4b (late 2000s): The weekly Sunday night service is eliminated. (See the correlation to Phase 4a)

* Disclaimer: I had fun writing this post. It was not meant for pastoral direction or cultural critique.

Why do Christians love the Bible so much?  There are many answers, but let’s not forget this crucial reason:  individual Christians have not always had the Scripture!

For centuries only spiritual leaders could access the Bible. This arrangement made God’s people vulnerable when leadership did not follow God’s heart. The courage and sacrifices of John Wycliffe (1328-1384), William Tyndale (1494-1536) and their ministry partners left us an incomparable gift – the Scripture in English.  Read their stories some time.

As you pick your Bible to read in 2019, remember that the ability to read Scripture in your native language was very costly.  Whatever we appreciate becomes valuable to us.  Let us approach Scripture reading with deep appreciation.

We get to do this!

The New Testament Bible Reading plan can be found by clicking here. 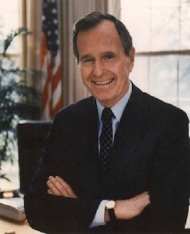 I am quite an admirer of George H.W. Bush (1924-2018), and think of him fondly on the news of his death. I always liked Bush, but when I was younger I was not overly enthusiastic about his leadership.  As time has progressed, my appreciation and respect for him as a leader continued to increase, until he has developed in my mind – for too many reasons to put in this post – as one of my favorite historical leaders.

He produced cooperation.  He was strong against tyranny.  He was compassionate towards the disadvantaged.  He was very human and very American.

Thirty years ago, Bush stated “We need a kinder and gentler nation.”  We needed that cultural challenge then, and it still calls to those who will listen today.

Shot rings out in the Memphis sky

Free at last, they took your life

They could not take your pride”

Lyrics from song “Pride” by U2

I joyfully mourn the loss of Billy Graham upon his death today.  As I grew up in the Christian faith, I often heard, “Who is going to be the next Billy Graham?”   Well, there will not be another Billy Graham. That does not mean Graham is set apart as better than the rest of us.  Like Elijah, Graham “was a human being as we are (James 5:17).”

There will not be another Billy Graham because of the dramatic changes in our American culture (future blog to come).  Graham was known as America’s pastor, but America does not want to be pastored anymore.  I studied Graham’s life pretty extensively, and like me, he was not perfect.  Still, Graham knew how to handle earthly power over multiple decades in a way that honored God and lifted the reputation of Christianity.  (The above picture is of Graham and friends on White House lawn in 1950 – he was close to power at such a young age). We are all so grateful this prominent star maintained his morality.

He was committed to evangelism, and turned down lucrative offers in entertainment to stay focused on the ministry.  I particularly admire Graham’s outspoken opposition to nuclear weapons.  In 1979, he spoke against nuclear proliferation at a time when Christians in America almost blindly supported the build up of these weapons.

In Christianity, we are always looking for the next hero, and we are usually disappointed by them somewhere along the way.  Thanks Billy Graham for not disappointing us. 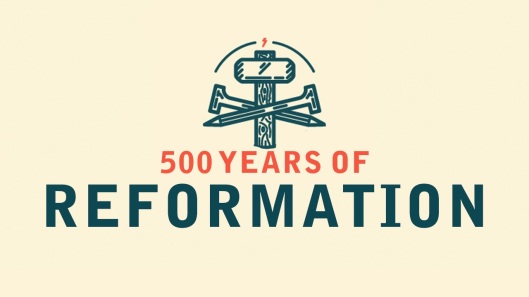 On this 500th Anniversary of Martin Luther’s spark that ignited the Reformation (October 31, 1517), I am so thankful for the courage of reformers like Luther (Germany), John Wycliffe (England) and John Hus (Czech Republic), who stood for access to Scripture and a faith-based salvation.

While I am proud to be a Protestant, I am also thankful for new cooperation between Protestants and Roman Catholics in the 21st Century. We who believe that Jesus is God, need one another.

At CIL, we are neighbors with Our Lady of the Lake Catholic Community. This parish has been so gracious to us, and we love to see them prosper as they lift up the name of Jesus to our community.

Believers are in a perpetual need of reformation. We need the power of the gospel to reform our hearts, habits, and harmful traditions. God help us all to keep thinking, growing and courageously implementing changes led by your Word and Holy Spirit. 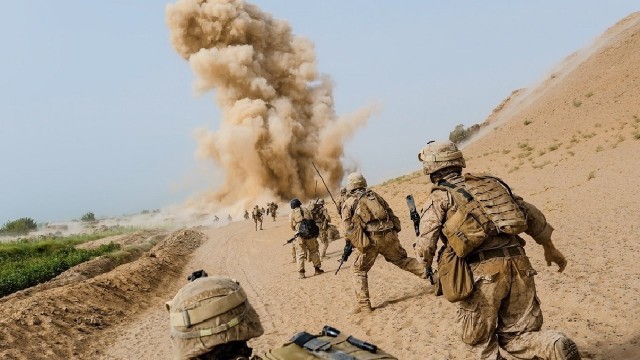 I still remember the vivid emotions I felt leaving a church service in 2001, when I heard the United States invaded Afghanistan.  An alarmed friend asked out loud, “What does this mean?”  Her husband soberly responded, “We are at war, honey.”   In that moment, I felt like life as I knew it would permanently change.  But, it did not.

For the last 16 years our soldiers have died in Afghanistan (and Iraq), and my life has proceeded in comfort.  During the economic crisis of 2008 and 2009, I do not remember meaningful public discussion on the validity of fighting a two-front war overseas while so many were hurting domestically.

Barak Obama campaigned on the position of pulling out of Afghanistan. Donald Trump was more ambiguous on his plans, but there was hope that he would end our longest war (and he may still). I believe both wanted to end the war, but obviously there is more information received as president that changed both of their intentions.  We discovered on August 21, 2017, that the Afghanistan War will continue with a new strategy.

With my limited knowledge in this area, I have concluded a few things:

My prayer is for our soldiers to come home soon, and for Afghanistan to thrive as a place of freedom and security. I do not know if both are possible, so I will support my country in the path it chooses militarily, as much as my conscious allows me to.

Though good men and women participate in them, war is a manifestation of evil.  Through the future rule of Jesus, there will come a day when all war ends!  Praise be to His name!

I hope we all have the courage of St. Patrick to live for a cause. Patrick bravely returned to his place of enslavement to bring light and love through Christ to his former captors.

Here is a great article about St. Patrick from Christianity Today.