In case you missed the news on Thursday, it appears something will finally happen to the old thermal transfer plant that is an eye-sore in downtown.

Anchoring the project is the conver­sion of the long-dormant, 12-acre ther­mal transfer plant site on the west bank into public green space. It would feature an outdoor amphitheater for the sym­phony and other events. Before work begins, groundbreaking is set this fall for a 4.5-acre riverfront lawn and land­ing area on the east side to connect to the newly opened Cumberland Park.

It’s been amazing to see the transformation of downtown Nashville the last 15-20 years.   The last three mayors of Nashville have had foresight and resolve to create a truly great downtown.   As someone who lives in Hendersonville and doesn’t pay Davidson county taxes, I feel somewhat inappropriate to celebrate something I don’t contribute to.  However, all the attractions downtown has taken my dollars into Nashville for the great city experiences. 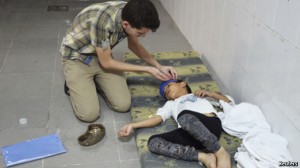 What is happening is Syria is humanity at its worse.   Though its been unverified at time of this writing, the pictures and videos coming out of the country point to the use of chemical warfare on citizens of Syria.

I believe that morally, it would be appropriate to intervene with the military.  We should intervene, but we can’t.

– There is no known “good guys” to support

We don’t know who the enemy fighting the wicked Bashar al-Assad regime is,  but factions of al Qaeda and other militant Islamist groups are among the opposition to Assad.

Even though it’s possible to intervene right now, there is no exit strategy. The risk is very high that – once the regime has been toppled – power will fall to Islamists, namely al Qaeda fighters. After the Syrian army, they are by far the greatest military power in the country. – Syria expert Günter Meyer as quoted in this article.

– There is no team

WIth China and Russia supporting the Assad government, there is not a true international coalition to partner together for such a delicate task as invading a Middle East country.

– There is no military capacity

With wars in Afghanistan and Iraq, and soldiers permanently stationed in Germany, Japan and South Korea; there is no financial capacity for a new occupation by the United State’s army.  Our overextension as a military force over the last few decades have prevented intervention in this humanitarian crisis.   We did not intervene in the recent genocides of Rwanda (1994), nor Darfur (2005-2010).

As Colin Powell pointed out early in this crisis, and again on Sunday, this is a civil war in Syria.  He went on to say:

“I have no affection for Assad . . . He’s a pathological liar.”  However, Powell said, “I am less sure of the resistance. What do they represent? Is it becoming even more radicalized with more al Qaeda coming in, and what would it look like if they prevailed and Assad went? I don’t know.”

Civil wars are costly.  In the United States, we senselessly lost over 600,000 in our Civil War (1861-1865).  As much as I hate war, America cannot intervene in every other nation’s conflict.

War is a manifestation of evil on earth.   My heart breaks for the innocent victims in Syria, and I pray for wisdom for international leaders as they evaluate potential responses to this catastrophe.

At the end of your life, when you reflect upon what really matters in your church participation?

No, the only thing that will last is relationships.

So, don’t devalue relationships in your faith community.

Nurture them.  Protect them.  Expand them.

And don’t choose your church participation based off of consumer-driven desires.

I often refer to in my sermons to times when we are “hidden.”   These seasons of hiddenness can be a particular day, or could be long years of our lives.   In the August 12th reading of “Bread for the Journey” by Henri Nouwen, he writes beautiful words about Jesus’ hidden years.

The Hidden Life of Jesus

The largest part of Jesus’ life was hidden. Jesus lived with his parents in Nazareth, “under their authority” (Luke 2:51), and there “increased in wisdom, in stature, and in favour with God and with people” (Luke 2:52). When we think about Jesus we mostly think about his words and miracles, his passion, death, and resurrection, but we should never forget that before all of that Jesus lived a simple, hidden life in a small town, far away from all the great people, great cities, and great events. Jesus’ hidden life is very important for our own spiritual journeys. If we want to follow Jesus by words and deeds in the service of his Kingdom, we must first of all strive to follow Jesus in his simple, unspectacular, and very ordinary hidden life. 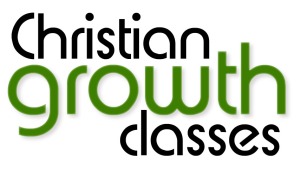 Starting Wednesday, August 14, we are offering Christian Growth Classes for adults during the mid-week gathering from 6:30-7:30 p.m.

On Wednesday night (August 7), Pastor Matt announced to the teenagers that they would move the youth service into the sanctuary to accommodate the expected growth this fall in ExitSeven youth and our Awana children program.   The church leadership wants to do everything we can to help our children and youth ministries reach more students. 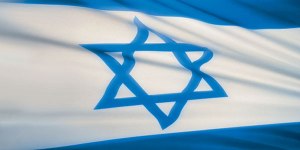 I will begin a class on Biblical Zionism.   We will learn more about the importance of Israel and the Jewish people in understanding the Bible.

Also, Deborah Jackson and other CIL pastors will be teaching The Gospel Project.  The Gospel Project is a Bible study resource that invites participants to dive deeply into God’s story of redemption through Jesus Christ in every part of the Scripture – from Genesis to Revelation.

This class will be a great way to get the Word into your heart and personal behavior.

We will also offer Financial Peace again on Wednesday nights, starting September 18th from 6:00 – 7:30 p.m.  You can register and pay for the class here.   Pastor Daniel Robertson will be facilitating this class.

Now that school is back, here is an update on our Wednesday schedule:

I’m very excited about the Christian Growth Class I am teaching!  I’ll be teaching on Biblical Zionism, as we learn more about the importance of Israel and the Jewish people in understanding the Bible.

Another class will be announced this Sunday, so be prepared to make Wednesday night a time to learn through Christian Growth Classes, or a time to volunteer for Awana and ExitSeven.