I am not surprised, not in agreement, but not in panic.

(In anticipation of today’s ruling by the Supreme Court, I posted my thoughts on the historical perspective of this ruling a few weeks ago.  To read that post, click here.)

Christianity Today gave a great initial summary of what has happened today here.  Let me summarize their summary:

– The four dissenters are very worried about how this will effect individuals and organizations that oppose gay marriage for religious reasons.

– The five who voted for gay marriage are trying hard to clarify this new definition should not affect religious individuals and organizations going forward. This is good news under the circumstances.

It appears that the majority opinion is giving language to protect church and religion’s religious liberties. While this is not as satisfying as the court upholding traditional marriage, it gives us great hope that some of the drastic predictions about state meddling in the church’s definition of marriage may be an overreaction.

Anthony Kennedy voted for gay marriage.  In his majority opinion, he wrote:

“It must be emphasized that religions, and those who adhere to religious doctrines, may continue to advocate with utmost, sincere conviction that, by divine precepts, same-sex marriage should not be condoned . . . The First Amendment ensures that religious organizations and persons are given proper protection as they seek to teach the principles that are so fulfilling and so central to their lives and faiths, and to their own deep aspirations to continue the family structure they have long revered.”

So on this regrettable day for traditional marriage, it does not appear to create an immediate crisis for churches like CIL who choose to uphold the traditional, Biblical definition of marriage. Still, churches and Christians will need to continue to develop a theological framework as we are likely at the beginning of decades of back and forth judicial judgments as America works out this new reality.

Our nation’s paranoia about blending public education and religion has gone too far.  I understand we should be respectful of varying religious beliefs in a public forum and not coerse religion. However, the integration of faith and education can happen in very simple, subtle ways that does not establish a state religion.

Natural conversations between students and teachers without the fear of negative retribution will facilitate meaningful dialogue. In the public school arena, when the community of students and teachers respect various religion expressions, learning will naturally happen through curiosity. A curious community learns to learn, while a fearful community becomes more and more insular. Teachers must redefine their success based off the student’s ability to become a life-long learner. “The illiterate of the future will not be the person who cannot read. It will be the person who does not know how to learn (Toffler).” If we eliminate the appropriate influence of religion in education, we eliminate the capacity to be a life-long learner.

I preached on Sunday an important theological message called The “Already, Not Yet” Kingdom of God. The points of my sermon are as follows:

This is not a concept I made up, as many evangelicals today hold to this perspective.   George Ladd of Fuller Seminary introduced this concept in a 1964 book now called The Presence of the Future. John Wimber popularized this when leading the Vineyard movement, and the Vineyard churches still hold to this statement as a theological beacon. I discovered this concept in Wayne Grudem’s Systematic Theology text, which is one of the more influential theology books among evangelicals in the last twenty-five years.

Let me give a short, practical application of “already, not yet” concept. God still moves experientially through salvation, deliverance, healing, a manifestation of His presence, and reviving the church (among other things!). When those types of experiences happen, the future reign of God breaks into the present. These experiences are not anything we can control, but as we are faithful to God He “breaks in” by His sovereign will.

Therefore, we will pray and believe for the miraculous. However, we will not try to control God (as if we could) through demands, special phrases or projecting our expectations upon His will. Instead, we need to submit our expectations to His will.

To hear the sermon, take a listen here: 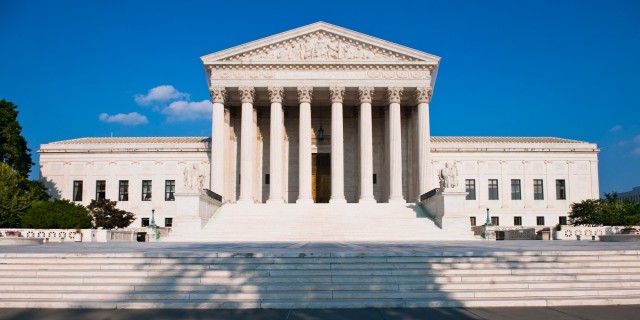 Later on this month it is probable that the Supreme Court will rule in support of gay marriage being recognized in all 50 states, regardless of established state laws. Gay marriage is clearly not supported by Scripture, which makes this likely cultural shift disturbing for conservative Christians.

Though I disagree with gay marriage from a Biblical viewpoint, I do not think it is the overriding issue that will bring America’s doom. If five of nine judges rule in favor of this recognition, they will represent the division in America over this marriage definition. There are still tens of millions of Americans who hold to a Biblical, covenantal definition of marriage. The cultural debate on marriage will likely go on for decades, as America tries to reconcile how to function with such contrasting marriage definitions.

America has done many things that deserve the judgment of God. Our founding was plagued with the inhumane recognition of slavery, as the African population was counted as only 3/5 of a person. Judgment did come for slavery, as up to 650,000 Americans perished in the Civil War. We have broken many treaties with the Native American tribes. We closed our doors to the Jews at the brink of the holocaust, unjustly interned Japanese-Americans during War World II, legalized the termination of life in the womb, and selectively ignored genocide when it was not in our national interest.

Yet, in the midst of many anti-Christian policies, the guiding principals that made America great have overshadowed the corporate sin. America still has done more than any other country to promote individual rights, freedom of religion and the spread of the gospel of Jesus Christ through missionary endeavors. America has also steadfastly supported the establishment and sustaining of Israel.

Are there consequences of promoting sin? Yes. Is there one sin that will override all the good that America stands for? I have not seen evidence of this in the Bible. So, Christians should stand for the Biblical definition of marriage, but should not despair if the Supreme Court disagrees.

The Global Leadership Summit is one of the highlights of my year. This event is fuel to my leadership passion tank.  The various presenters come from both the church and corporate world, which brings a powerful blending of wisdom. The conference will occur August 6-7, 2015 (Thursday and Friday). Though the event originates from Chicago, it will occur literally around the globe through simulcast technology.

For the first time, TGLS is coming to Hendersonville!  The event will be simulcast at GodWhy Church, which gives more people at CIL a chance to attend.  As a sponsoring church, CIL constituents pay only $99 (instead of $199) when registering by June 21.  There is a special code to to get this discount.  To obtain the CIL code, e-mail me, contact the church office or pick up the code at The Communication Center the next time you attend CIL.

If you have the code, register here.

For me, these are the most important two day of the year for leadership development, so I truly hope you join me for this transformational experience.

Here is the speaker line-up: 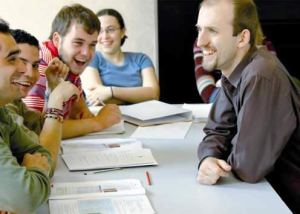 In my religious upbringing the word secular was defined as a negative. In the worldview of my youth as an evangelical Christian, anything labeled secular was to be avoided. Baylor University scholar Barry Harvey shatters this misconception. Harvey observes that the root meaning of the word secular deals with time versus timeless. Have states, “Thus secular thinking should not be seen as the opposite of the sacred thinking. In fact, secular and sacred can be oddly complementary (Rosebrough & Leverett, 2011, p. 31).” Education has the power to blend the secular and spiritual into a powerful force for the student’s transformation.

A classic phrase often used in education is, “Students don’t care how much you know, until they know how much you care.” We cannot show care or inspire if we ignore the spiritual life, which reflects the student’s deepest essence. The current anxiety in our culture about mixing religion with the public arena has created an unfortunate compartmentalization of education and the spiritual life. This is not just unfortunate, but unnatural. Religion is not static, but naturally evolves in understanding with the development of the person. While teachers should not propagate religion in a public education setting, they should have an appropriate level of freedom to walk with their students spiritually, because spiritual growth is part of the education process.