I admit that I really enjoy being busy.   It’s an addicting feeling that makes me feel important and powerful – but it’s not always spiritually productive.  For me, I have to create those divine gaps to pause and hear the Spirit speaking.    It’s hard to hear God on the run.   So my challenge this week – and every week – is to slow down enough to listen to God.    I think I’ll go listen to Him now.

How do you slow down to hear God? 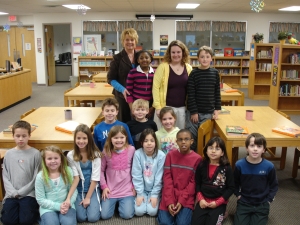 The Honor-A+-Teacher program was another success on Tuesday. The winning teacher was Mrs. Jolie Barrickman, a 3rd grade teacher from Nannie Berry Elementary School in Hendersonville. The teacher was nominated by Sarah Harper, one of the elementary students at CIL.  Dr. Kimble, the school principal, was an enthusiastic supporter and participant in the presentation.
The $500 worth of gifts include:
– A crystal globe award
– The gifts were an 8′ x 4′ whiteboard installed in her classroom (that was the biggest item on her wish list!)
– 3 classroom learning games for the development of language and multiplication/division skills 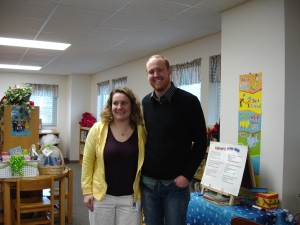 – 6 classroom books
– Lots of colored paper and card stock paper.
– And personally, a $50 gift certificate to Hobby Lobby- she loves scrapbooking.
– $15 gift certificate to get a manicure
– Crystal desk card holder with scripture Psalms 199:66 on it
– Multiple hand sanitizers, cleansers and lotions from Bath & Bodyworks
– And chocolate! ( what woman doesn’t like chocolate!)
Partipants from CIL in the presentation included Pastor David, Pastor Kim, Lana Tracy and Matt Underwood.
We are so blessed to honor a great teacher like Mrs. Barrickman, who represents the great educators in Sumner County.

I am not one who believes in personal confession via blog, but I do want to share with you a little about my old man.   I am going to name my old man “Dabble.”    Since I have walked with the Lord most of my life, I haven’t had a lifestyle of sin.  However, I am ashamed to admit that I have “dabbled” in sin at various times in my life.   It’s like experimenting with sin just enough to try something out, but not enough to hurt myself.   I definetly haven’t hated sin at the level I should, and treat sin accordingly.  Yes, my old man is “Dabble.”  Everyone does have an old man to kill. 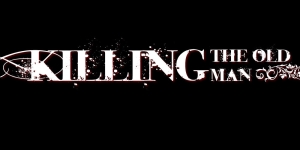 I really enjoyed Pastor David’s sermon yesterday.   I have been thinking a lot about a question he posed:

This answer seems to be easily identifiable for those who experienced a dramatic conversion.  As for me, I have walked with Christ my entire life.   My old man may not be so obvious.   But he is still there.

I may share later on this week who my old man is.  Why don’t you think about this question too?   If you like, feel free to share your thoughts on your old man.

I thought today you might need a good John Maxwell quote to motivate you in the middle of the week:

The secret of your success is determined by your daily agenda. We spend each day either repairing the past or preparing for the future. We can try to fix our past, but we can’t rewrite it; we can only author our future.  The future is that time when you’ll wish you had done what you aren’t doing now. Don’t fear failure so much that you refuse new things. The saddest summary of a life contains three descriptions: could have, might have, and should have. – John Maxwell

Our building project is moving at a rapid pace.    The concrete on the second floor is already in, and they are going to start framing today.   We are on target to have this space ready by Easter on April 12th. 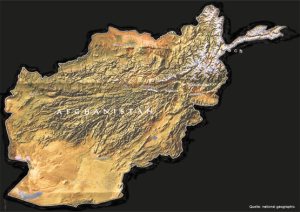 An analysis of the Afghanistan war by John Yaukey in Monday’s edition of The Tennessean caught my attention for a couple or reasons:

1. Len Stitt from Afghanistan will be with our church next week.

2. I care about the USA’s foreign policy success and the welfare of our troops.

Click here for the full article, but here is a good summary of Yaukey’s thoughts:

Former President George W. Bush talked about winning in Afghanistan. So did Alexander the Great, the imperial British and the Soviets.  All of them left the country — either defeated or just plain tired. Now it’s President Barack Obama’s turn.  Obama has condemned the war in Iraq as unnecessary but wants to send more troops to Afghanistan, among the most ungovernable places on Earth . . .  Afghanistan and the lawless tribal belt it shares with neighboring Pakistan have emerged as perhaps the most intractable security threat the United States faces . . . In Iraq, simple goals aimed at improving daily living conditions — a strategy called “clear, hold and build” — have succeeded. That’s clearly what Obama and Gates intend for Afghanistan.  But this land of goat herders, poppy growers and warlords has defied all attempts at change. – John Yaukey (Gannett News Service). 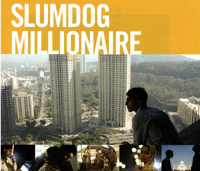 I rarely publicly recommend a movie, but I have to make an exception after viewing Slumdog Millionaire.   This movie pulled at so many different emotions in a single film.  All the ingredients of a great film:

– Unique storyline
– Great cinematography
– Interesting and appropriate music
– Educational
– It was different to not have an American at the center of the plot, which we will see more of in this new era of globalization
– And of course, a good romance (not based off sensuality, but true romance)

There are some difficult parts to watch, but they are based in reality. When we watch tough scenes that are based in reality, it increases our compassion for people we don’t know.  Yet, there were enough delightful aspects to this movie to give the movie an overall positive feel.